Sweden was faced with a choice: to provide electricity to enterprises that create jobs, such as steel plants, or to allocate more capacity to mining companies. The government is concerned about the consumption of electricity, and demanded that the Swedish Energy Agency develop a methodology for tracking the energy used for mining cryptocurrencies.

One of the options for the measures taken may be to change the order of access to the network of new consumers. Preference will be given to those who benefit society, including job creation.

Energy is needed for more useful things than bitcoin, Swedish Minister for Energy and Minister for Digital Development Khashayar Farmanbar admitted in an interview. According to him, a period of "extreme expansion" of networks is now beginning, as the manufacturing industry is striving for electrification.

The SSAB company, which plans to produce steel without the use of minerals, has already stated that network operators should give priority to industrial projects like its own, and not connect users on a first-come, first-served basis, as they are doing now. 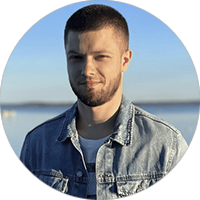 In 2023, a boom in the development of Metaverse infrastructure is expected
News
0