Ethereum co-founder Vitalik Buterin has spoken out in the wake of the FTX collapse, offering his thoughts and some positives from one of cryptocurrency’s biggest black swan events.

In a Nov. 20 Bloomberg interview, Buterin said that the collapse of FTX contains lessons for the entire crypto ecosystem.

He acknowledged that the underlying stability of distributed ledger and the technology powering the crypto asset economy has not come into question. The problem in this instance (and several before it) has been people, not technology.

Buterin also labeled the FTX collapse as a “huge tragedy,” but added that it reaffirms the position of many in the Ethereum community concerning centralization:

“That said, many in the Ethereum community also see the situation as a validation of things they believed in all along: centralized anything is by default suspect.”

He added that this ethos includes trusting in open and transparent code above humans. Over the weekend, Buterin posted a guide to having a “safe CEX” with proof of insolvency.

He said rather than relying solely on “fiat methods” such as government licenses, auditors, corporate governance and background investigations of people running exchanges, the exchanges could create “cryptographic proofs that show that the funds they hold on-chain are enough to cover their liabilities to their users.”

The problems for FTX are understood to have stemmed from the exchange’s use of customer deposits for other purposes. After a large influx of withdrawal requests came to the exchange earlier this month, it found itself unable to meet withdrawal demand with its current liquidity.

Vitalik Buterin is not the only industry leader recently speaking out about the FTX fallout.

During the Indonesia Fintech Summit 2022, Zhao said the entire FTX saga is likely to have set back the crypto industry by “a few years,” and will likely see regulators scrutinize the industry “much, much harder, which is probably a good thing, to be honest.” 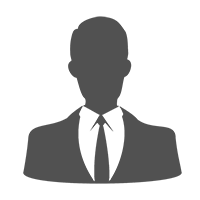 In 2023, the cryptocurrency market will enter a new stage
News
0

Tether refused to block Tornado-related Cash addresses without requests from the authorities
News
0
The subscription service is currently at the final stage of development. Sending regular news materials to your email will begin shortly. A re-subscription is not required.
Перейти в корзину