Can the Crypto Industry Help the Russian Economy?

The economic situation in Russia is currently very unstable. There is no need to talk about the reasons for what is happening. Let's predict what can expect Russia in the near future, and how the crypto industry can help.

Analysis of the current economic situation

Prior to the February 2022 events, the Russian Federation was considered one of the world's most reliable borrowers, as it had a low public debt and successfully exported its resources. And on April 4, Russia did not redeem its obligations in the bonds, trying to make payments in rubles, which is not provided for in the agreement. This was followed by an increase in the price of the financial instrument CDS (credit-default swaps) which insures investors against default. This indicates a high probability of default in the near future. On Friday, April 29, the Ministry of Finance of the Russian Federation announced the repayment of debt on bonds in dollars, thereby postponing the onset of default. Probably the default will come later, and then the process of negotiations on restructuring will begin. 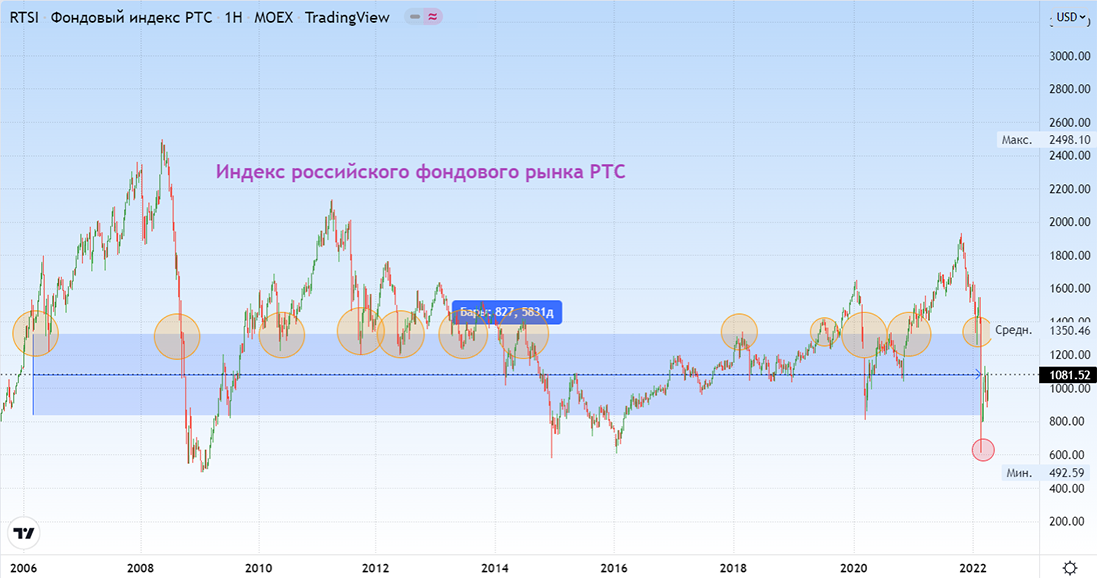 This process will be complicated by the fact that all diplomatic channels are currently ineffective. Investors can claim the frozen assets of the Russian Federation in gold, currency and other assets under arrest abroad. Receipt of compensation by investors will stretch for decades, because the main part of the arrested assets will be used for the restoration of Ukraine after the end of the military operation, and only then will the settlement with investors on the bonds of the Russian Federation occur.

Impact of the current situation on the global economy

There is another large market not mentioned above. This is the derivatives market, which is 500.000.000.000.000 (500 billion) dollars. Derivatives depend on the entire global economy, since in most cases these instruments are not direct assets, but are derivatives of direct assets and may quickly depreciate in a crisis.

What is currently happening to the Russian economy?

What about the local issues of default in Russia? It is no secret that the main income in the structure of the budget of the Russian Federation is the export of oil, gas, metals, chemicals, timber and other raw materials. Oil and oil products are a large share. World prices for raw materials are rising, but the main partners (Europe) refuse to buy Russian goods, imposing an embargo. This means that selling through a pipeline (the cheapest way to deliver oil) will drop. Trading oil with China (another major buyer) is not for profit, but for repayment of loans. That is, this trade that does not bring real money to the budget. An increase in supplies in this direction is impossible due to 100% load on the Trans-Siberian Railway. It remains to sell by sea for Asia, India, and the Middle East. The situation is complicated by the fact that super-tankers cannot enter the Baltic Sea. There was a redistribution of load in Germany or the Netherlands, which is not possible, either.

There is also the so-called Latvian mixture, whereby Russian oil is mixed with another in a ratio of 49/51, and it is no longer legally Russian. But now Latvian mixture cannot be prepared in Europe. The conclusion about oil is that, whatever one may say, logistics has become expensive. Worse, the price of Russian oil itself is lower by an average of 20% than the world price. This means that now they are ready to buy Russian oil only at a big discount.

Having lost most of the income, any economic entity begins to save. The situation will be complicated by the fact that access to investments and loans is blocked, and the assets of the Central Bank are frozen. The national currency, the ruble, will inevitably reach the rate of 200–300 rubles per one dollar. In order to preserve private capital, Russians will convert their savings into crypto assets. This will help protect what they have acquired, despite all the economic difficulties. The State will naturally prevent this by introducing various barriers. Those can be bans on the operation of crypto-exchanges, sanctions for exchangers, and tracking P2P trading transactions.

All this may make the population stop using rubles. They will stop doing fiat-crypto-fiat conversions. The only solution will be to pay in cryptocurrencies. First, in private deals, on Avito trading platform ads, on agreement. Then more settlement platforms will appear, as long as it is permitted and possible. Whatever happens, Russians should think about registering a cryptocurrency wallet and learning how to use it.

How can cryptocurrencies help here?

What is timely use of advice? What does it take not to make stupid mistakes? In investing, there is a popular basic advice “Three NOTs”: do not invest debt, do not invest the last money, do not put everything in one basket. And this advice seems to be totally clear, but experienced investors also advise, “In investing it is very important to think with your own head,” or, “You need to analyze, diversify, hedge”. And this is more difficult. After all, what if you can’t analyze yourself? Don't invest? You have to take someone else's advice.

There are many analysts who have always recommended investing in the Russian market. I have always had a question. What kind of economic miracle do investors expect from an economy that sells raw materials and spends the money on importing goods? You don’t even need to talk about the investment climate, taxes, courts or corruption. The first point is enough: raw materials go there, final product comes here. The RTS chart (the main index of the Russian market) reflects the current situation. If an investor had invested in the Russian market in February 2006, then 16 years later, in February 2022, he would have earned zero. And taking into account commissions, inflation, exchange rate differences, this would havee been a minus! And all these calculations don’t take into account the latest military and sanction events that sent investors deep down south.

On the other hand, if an investor had invested in Bitcoin in March 2013, he would have received 50,500%, or $50.5 million for invested 100 USD. Naturally, it is almost impossible to maintain such a position without fixing part of the profit. There are many similar examples in cryptocurrency, which makes it possible not to stay at zero, but to add several zeros to investments, increasing the deposit.

Why do many analysts and crypto-fans believe in the prospects of cryptocurrency? The crypto industry is a young market, which at its peak had a total capitalization of 3 trillion dollars, now less than 2 trillion USD. The technical analysis of the chart indicates continued growth. And it is noteworthy that in 2018 at The Blockchain Economic Forum organized by LATOKEN Gary Ginsler made a prediction about the capitalization of the cryptocurrency over 3 trillion dollars, and further more than 10 trillion. And in April 2021, under President Biden, Gary Ginsler was appointed head of the SEC (U.S. Securities Commission). Thus, he became one of the most influential people in the blockchain world. He is doing everything to fulfill his forecast, fully legalize the crypto and create transparent rules for large investors. When there are clear and transparent rules on cryptocurrencies in the USA, then Europe, the UK, Japan—most of the world's capital—will follow the lead.

The legalization of cryptocurrencies in developed countries is, of course, a good impetus for the development of the crypto industry. But this is as far as the possibility of paying in cryptocurrencies and protecting the capital of large players is concerned. It is important to understand that money has two other main functions, besides settlement, that is preservation and accumulation. And the national currencies of States are now very poorly coping with this. And fundamental crypto assets can provide you with safety and accumulation better than fiat money. Citizens of many third world countries have long kept their savings in cryptocurrencies. Digital assets are not so easy to take away from the owner. In addition, you can cross the national borders without declaring your capital. Such protective features attract many investors.

These three factors—protection of the capital of large investors, full legalization in developed countries, and the ability to save their capital in countries with a weak national currency—are the main ones for growth. There are other factors, such as the transparency of the financial system, the reliability of transactions, and the ease of use of financial instruments, as well as the simplicity of attracting startup capital and the development of sectors of the economy in a decentralized way (more on this in the next article).

Register on blockhain24.pro and subscribe to me for a futuristic article about our future.

Using Trading Bots in Crypto Trading
Exclusive content
0
The subscription service is currently at the final stage of development. Sending regular news materials to your email will begin shortly. A re-subscription is not required.
Перейти в корзину